It will be the Republican gubernatorial candidate’s first statewide TV ad for the general election. It’s the same ad the campaign ran during the Republican primary, focused on Sanders’ role as a mother and time as White House press secretary. 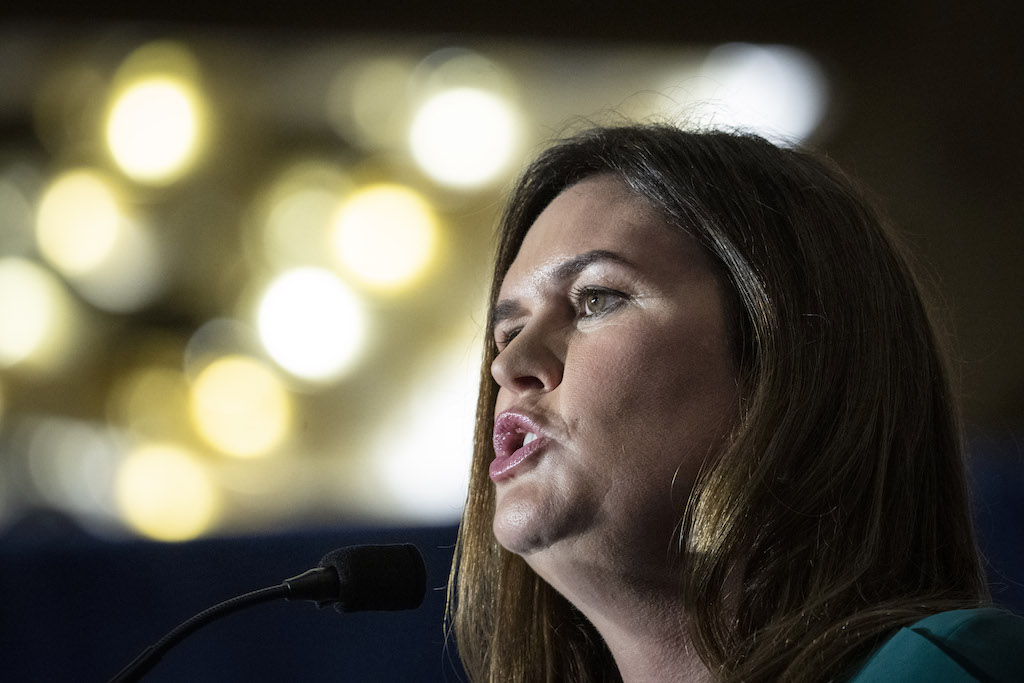 The campaign said the $3.5 million campaign, which will include other commercials and paid media, will run through the election on Nov. 8.

“I am grateful for the support thousands have made in this campaign to ensure I can take my message of freedom, empowerment, and opportunity to every corner of Arkansas,” Sanders said in a press release. “As governor, I will defend our freedom and champion good schools, higher paying jobs, and a better life for all.”

Related: Arkansas’ next governor will likely decide the future of the death penalty in Arkansas.

Sanders’ campaign has set campaign fundraising records for an Arkansas gubernatorial election. In the primary, she raised more than $13.1 million. For the general election, state records show more than $7 million in fundraising.

Her opponent, Democrat Chris Jones, raised about $1.9 million during the primary, and his campaign has reported raising more than $662,900 for the general election.

A Jones campaign official said the Democrat would have commercials on TV in the lead-up to the election.

“We are confident with our strategy, which wins votes through talking directly with Arkansans and with neighbors talking with neighbors,” said Clint Schaff, a Jones campaign spokesman. “Arkansan voters want that, not a ‘shock and awe’ media blitz focus on divisive national issues or attacks on Arkansas teachers.”

*This story has been updated.

Scaling up: 4 ways hog farms changed since the 1990s by Madison McVan, Investigate Midwest November 28, 2022
The Ghost of an Idea: A reflection on Charles Dickens and… by David DeWitt, Ohio Capital Journal December 24, 2022
The fight against an age-old effort to block Americans from… by Aliyya Swaby October 10, 2022